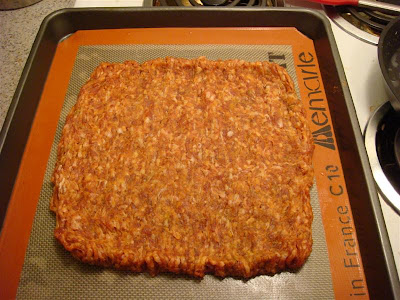 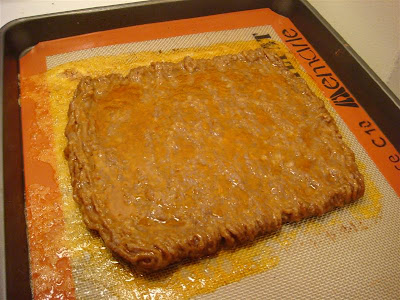 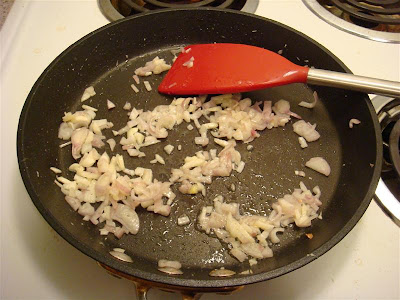 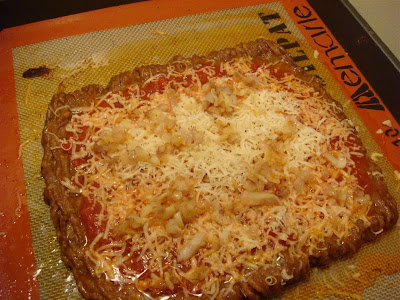 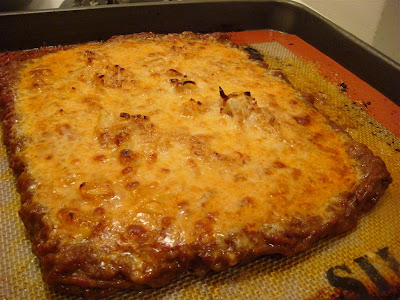 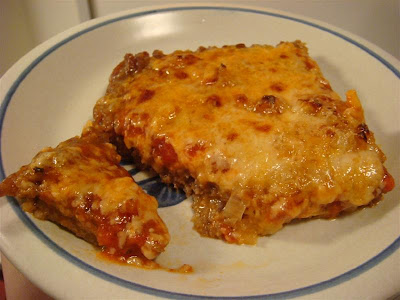 I have to say, this was quite delicious.  I would definitely make this again (and I have!).  It makes me not miss pizza that much.  A couple of variables I have played with:
- Trying to get the bottom of the "crust" more done
- Using less fatty meat so that the bottom is more crust-like
- Adding different cooked and raw toppings
Posted by thranos at 8:57 PM